We’re back at it with our last three under the radar wonderkids. Remember, unlike the many other articles you may see on other sites, this series will focus on wonderkids who go under the radar and are lesser-known players. Important to note that even if you haven’t heard of these young English players before, they still have the quality to be wonderkids and fantastic buys for you in your next FM save.

The last stop on our FM under the radar wonderkid tour is England.

A 17-year-old attacking midfielder who currently plays for Chelsea, the club I support.

Tino made his Chelsea debut in a 7-1 EFL Cup win over Grimsby Town at Stamford Bridge.

He made his Premier League debut against Everton in a 4-0 win for Chelsea, the last game Chelsea played before the lockdown.

In terms of FM20, his strengths on the game are Finishing, Acceleration, Pace and Strength.

Personally I believe his Dribbling should be higher but that is something you can work with him on in your save.

An 18-year-old goalkeeper currently playing for Carlisle United on loan from Sheffield United.

Even though Dewhurst is on loan at Carlisle he hasn’t made a single appearance yet for them. Hence no photo could be found. My guess is that he was brought in as a backup goalkeeper.

In terms of FM20, his strengths on the game are Kicking, Reflexes and Determination. Possibly a cheap option for the second season depending on who you are managing.

Another Chelsea player. Possibly not an under the radar wonderkid, but there are some FM players who won’t recognise the name.

He’s a 19-year-old central midfielder who is currently on loan at Swansea.

Conor Gallagher has yet to make his senior Chelsea debut, but he has spent this season out on loan at two clubs; Charlton and Swansea.

His first loan was at Charlton in the Championship where he made 26 appearances, scored six goals and registered four assists.

He was then recalled back to Chelsea, where some fans thought he would gain some minutes  in the Chelsea first team, but sadly that wasn’t the case. He went out on loan for a second time and is currently at Swansea. So far he has made 11 appearances for Swansea, assisting five goals and scoring none so far.

In terms of FM20, his strengths on the game are Passing, Tackling, Team Work, Bravery and Stamina. A player with 16 Stamina can easily get up and down the pitch without any problems.

His best role on FM20 is Box to Box midfielder.

I Hope you have enjoyed reading this. 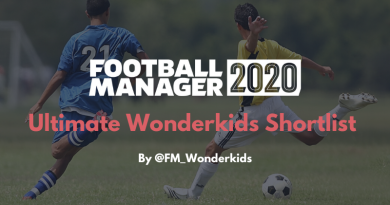 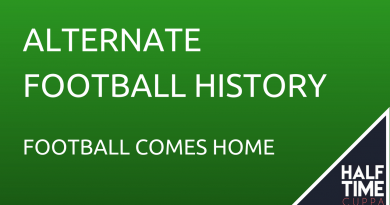