We’re back at it with another 3 under the radar wonderkids. Remember, unlike the many other articles you may see on other sites, this series will focus on wonderkids who go under the radar and are lesser-known players. Important to note that even if you haven’t heard of these young French players before, they still have the quality to be wonderkids and fantastic buys for you in your next FM save.

The second stop on our FM under the radar wonderkid tour is France.

A 15-year-old winger who can also play in attacking midfield. He currently plays for Olympique Lyon.

Cherki has made 12 appearances for Lyon in all competitions, scoring three times and assisting twice.

He scored two and assisted two, in Lyon’s Coupe de France second-round game with FC Nantes. This came off the back of scoring once in the previous (first) round fixture against Bourg-en-Bresse.

In terms of FM20, his strengths on the game are his Dribbling, Technique, Flair & Determination. He is a very determined young player with bags of potential who I am sure with the right team environment can thrive.

I sadly haven’t had the chance to sign him on any of my saves on FM20 yet, but I plan to soon.

A player alot of Manchester United fans should know about.

The 16 year old central midfielder is one that Manchester fans should know a lot about. As well as playing in central midfield, he can also play in an attacking midfield role.

Mejbri has yet to make an appearance for United’s senior side, however, I am sure it’s only a matter of time before he breaks through. Maybe you can hand him his debut on FM

His strengths on FM20 are similar to Cherki’s. His Dribbling, First Touch, Technique, Determination and Flair. He is another very determined young French player.

I have done a lot of experiments on FM20 and you will find below a screenshot of what Mejbri looks like after 10 years into the game, in one of my experiments. In this save he made 237 appearances, scored 53 goals and registered 69 assists.

Another young talent from Olympique Lyon, making him a teammate of Rayan Cherki.

Similar to Mejbri he is a centre midfielder who can also play in attacking midfield.

His strengths on FM20 are his First Touch, Passing, Technique, Determination, Flair & Vision.

Unlike Cherki and Mejbri, Da Silva is a player who likes to set up his teammates, utilising his excellent passing ability and vision.

I Hope you have enjoyed reading this. Tomorrow I will be back to continue our FM under the radar wonderkid tour. Next up, German wonderkids.

Half Time Podcast #7 – Xmas Special – What FM team should you manage over the festive period? 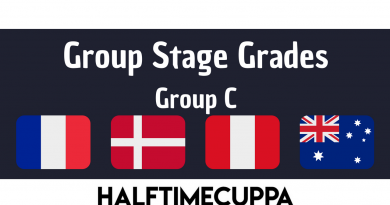 Group Stage Grades – Group C – How did your country fare? 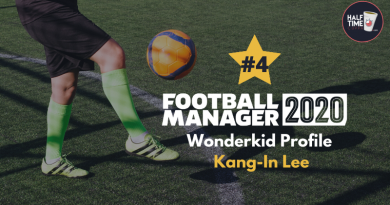