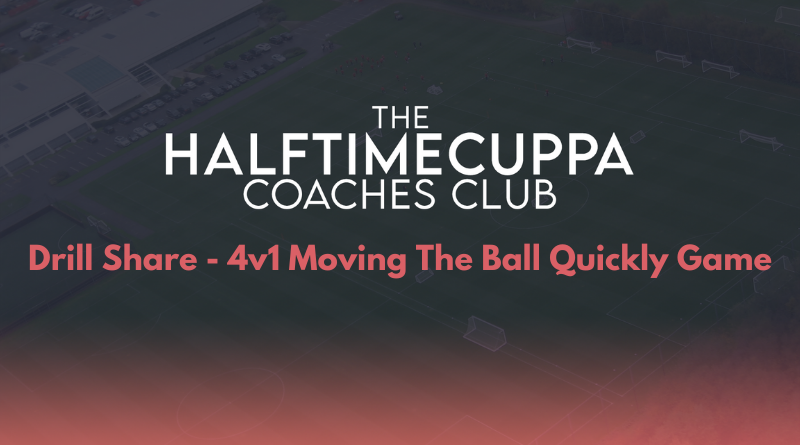 Carrying on from the theme in our previous drill share, today, we bring you once again a session that you can use for your socially distanced small-sided training sessions. Today’s one is an adaption of an exercise that we posted not so long ago, 5v3 moving the ball quickly. The big difference is the number of the players used in this activity, which falls perfectly into the guidance The FA produced of allowing sessions consisting of 5 players and a coach. Also in the activity below each player has a set grid that they cannot leave, helping reduce the risk.

We’ve published a number of drills and games previously that focus on the quickness of the ball being moved to create opportunities and gaps for players to exploit. I’ve probably used this video by TD Football previously, but I think there is some good examples in here how they combine and move off the ball to create gaps to exploit.

The activity below is one that I created having seen a few social distance drill shares by other coaches. What I noticed in their adaptions that they had either too many players in one box or no boxes at all, therefore making it more difficult for the coach to ensure the players stayed 2metres apart. I’m sure they’re great activities but i certainly didn’t want to try them until the social distancing measures ease here in the UK.

In essence, this game plays out a  bit like a rondo with the difference being, obviously no tackling and there’s a target area for the defender to defend without entering that target area. I did add a progression that I haven’t listed in the graphic where I asked the outside players (the attackers) to run around a cone at the edge of the box once they played their pass, the idea with this is that those attacking players keep engaged whilst not being in possession of the ball.

What I noticed whilst running this during a recent small-sided session that the defenders struggled to avoid the central blue box. Be sure to emphasise and challenge the defender to stay out of this zone and get them to think and consider their movements around the box. 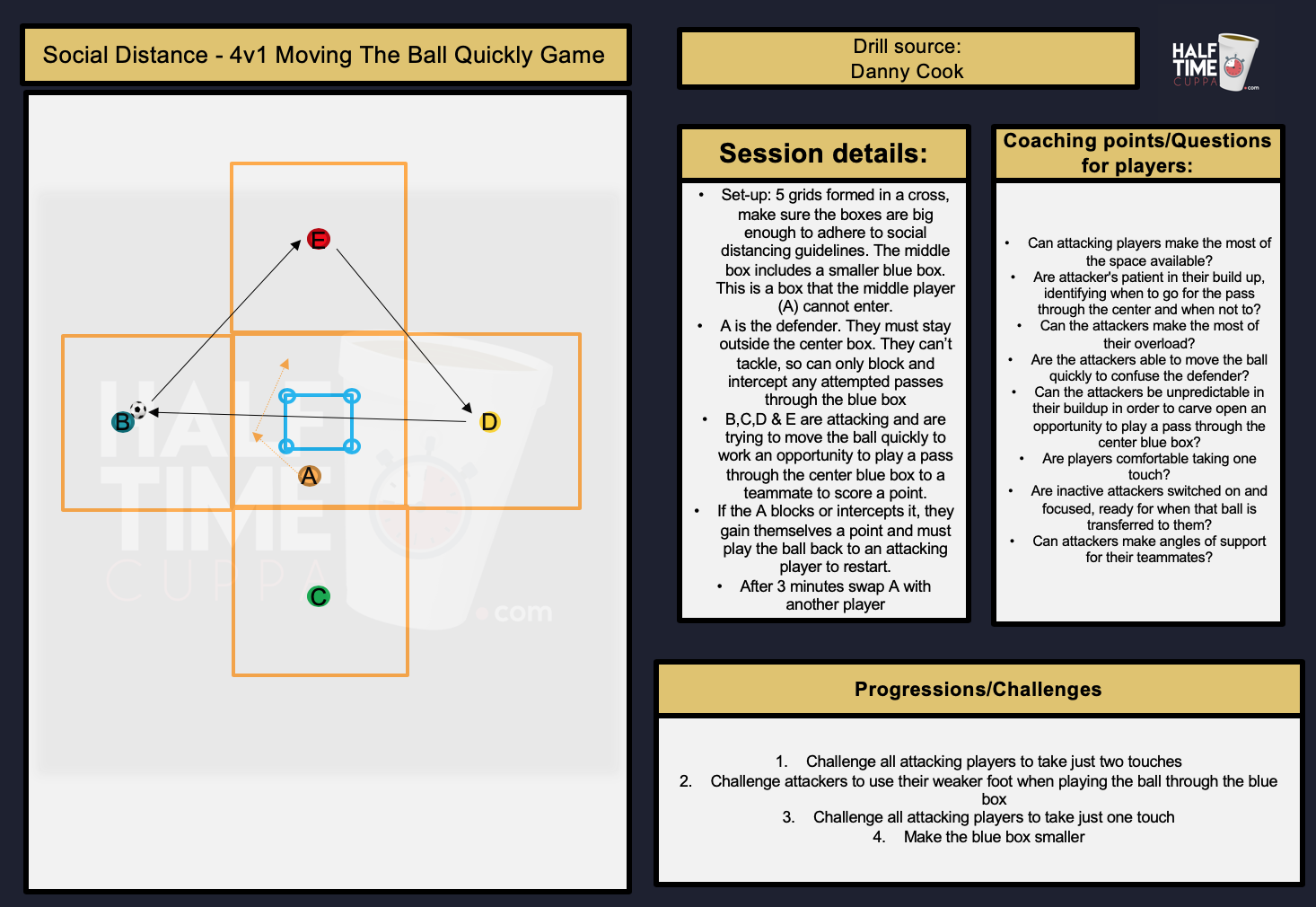 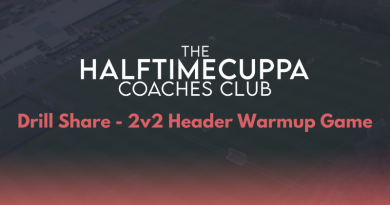 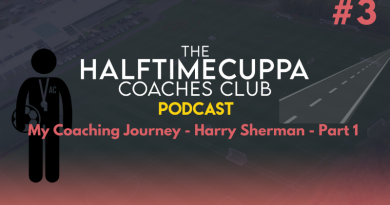 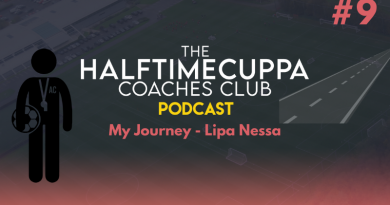