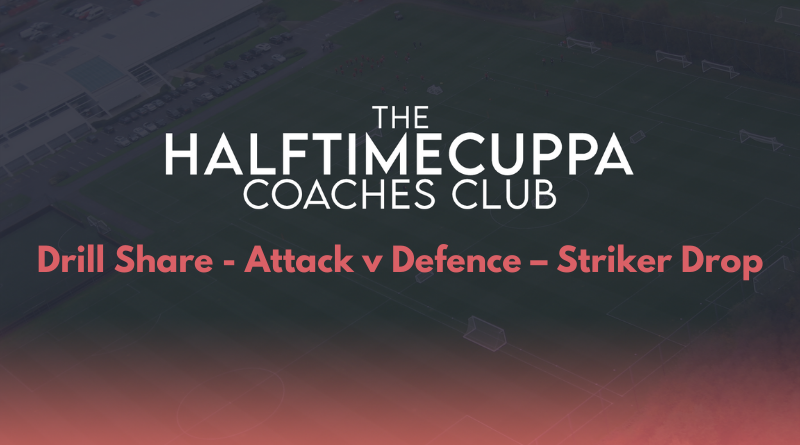 Today’s activity is an attack vs defence set-up focused specifically on the movement of strikers in a two formation with two forwards. At present, I like to adopt a 3-5-2 which is why I developed this activity. Although, given it’s not a complicated activity, I’m sure it’s also taken on different variations from other coaches. if you like to play with one or three forwards then you may want to adapt this session so that it works for what you want to achieve.

The video below by Nouman, may not be entirely relevant, given it touches on the role of a forward more generally. This is useful to share with your forwards if like me, you like forwards to make movements and runs in behind a defensive line.

The activity below is one that I have run with one of my school sides that I have coached. Originally the focus was on the Attacking Mid (10) dropping into to receive the ball, this was largely due to the 4-2-3-1 formation that I adopted at the time. The practice did also work successfully, although the majority of the focus then became the movements of the 10 rather than the movement of the forward.

When running this exercise, I’d really emphasise that the wide players (wingers/full-backs/wingbacks) stay wide and look to work the ball into the box as quick as possible. The scenario that the practice could be is a counter-attack after one of the midfielders winning the ball back at the halfway line.

Keep an eye on the intensity and quality of the 3v1 at the start of the activity. This is something that I had noticed start to waiver in the sessions where this activity was used. If you need to either restrict it to one or two touches in that rectangle or add another defender to make it 3v2 (potentially 4v2). 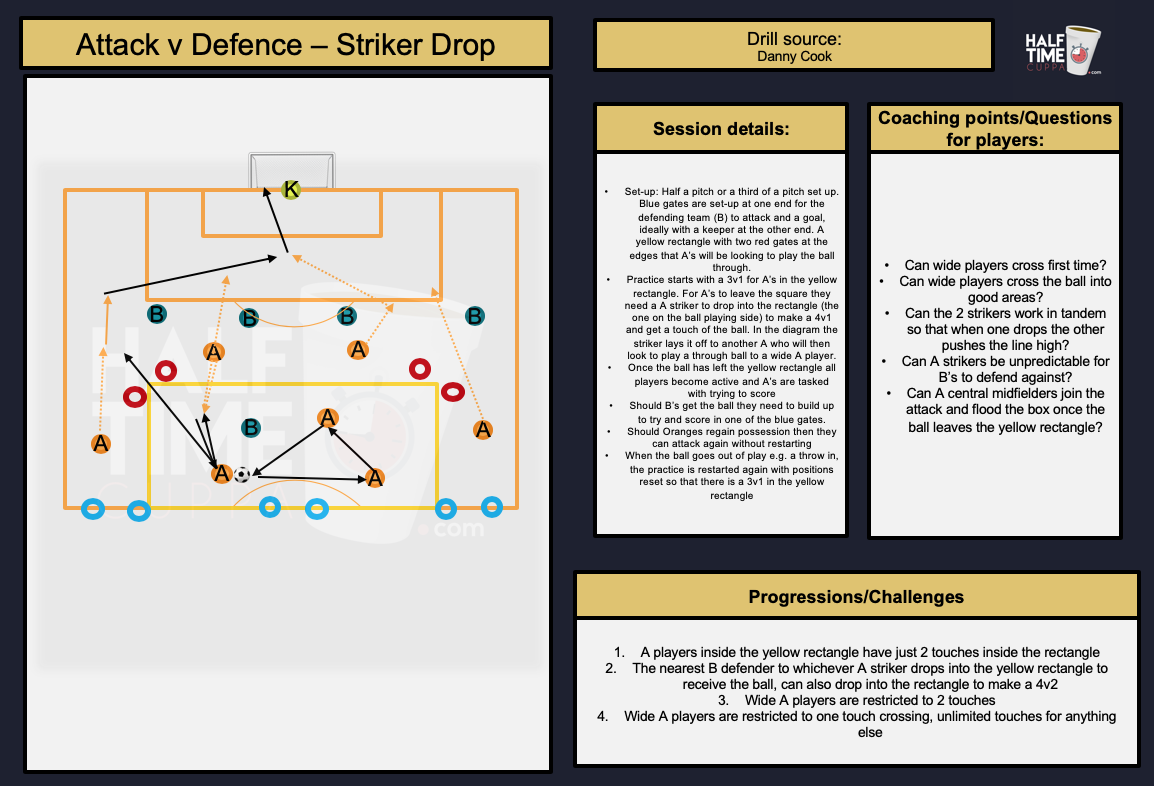 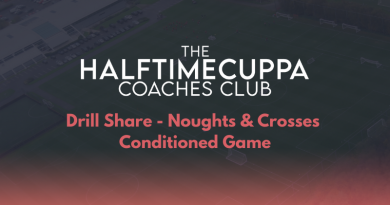 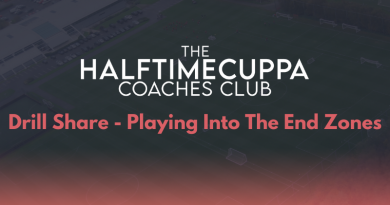