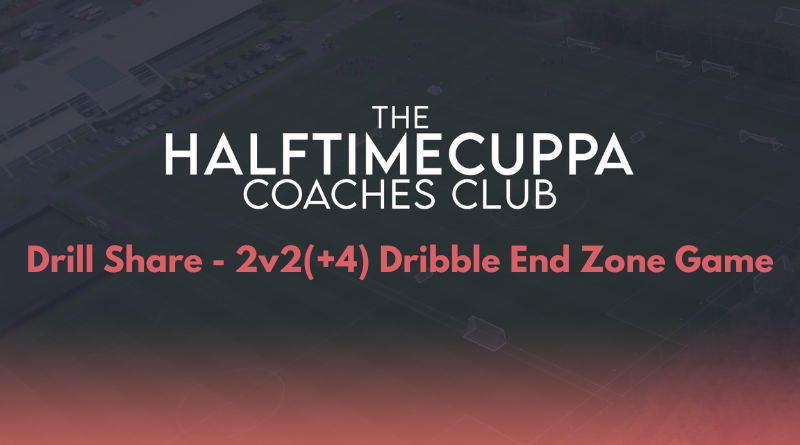 Dribbling is a fundamental part of the game, a productive dribble doesn’t have to be ‘Neymar-esque’ to be successful. It could be simply drawing in a defender to open up space. Funnily enough, this was emphasised for me recently when I was an assistant coach for a basketball team. In that sport, you play on a lot smaller court (pitch) to football, and even though there are fewer players in your way, you do have a much smaller target to hit, therefore it’s logical to think that the closer you are to the basket, the greater the probability of scoring. Same in theory applies to football. However, back to basketball, we wanted the players to dribble with the ball to engage a defender or defenders, which would create a small window for the player in possession to feed the ball to someone who is unmarked and made a sneaky run in behind.

This practice will look to replicate that dribbling with a purpose from basketball but within a football set-up. Normally when creating these pieces I include a video supporting the activity, however, this video below is slightly different. I’d like you to take a few moments just to watch this Top 20 dribbles montage by WeSpeakFootball and I’d like you to think about the following questions:

(1) How many of the dribbles resulted in goals?

(2) How many of these dribbles resulted in a pass to a teammate or an assist?

(3) Did the dribbler have their head up and was they aware of the big picture of the game?

Hopefully, you’ve watched the video above by now. By my calculations, it looked like just 1 of those 20 ‘top dribbles’ resulted in a goal and that’s me allowing Neymar the benefit of the doubt for converting the penalty he won. For me that’s outstanding. As fans who doesn’t love a mazy dribble, but as a coach, it can frustrate me if, after all that hard work the player has done, they can’t spot a player wide open to feed to score an easy goal, or worse they decide to take a shot from an insane position and angle. Yes, I like my players to be bold and creative, however, I like my players to have the intelligence to recognise there’s always a time and a place.

Anyways, onto the activity below. I have used this one just a few times previously, usually during the early stages of a season or pre-season. It’s quite a nice one to do if you make it competitive. When I’ve done it in the past I’ve kept the same teams on the same pitch (so no promotion or relegation), however, this may be something that you’re able to implement. Numbers are something to keep an eye out for, you might have to have 2 or 3 bouncers on the outside instead. Equally, if you can only afford to have one bouncer, you could either keep them on the outside, or you bring them inside the rectangle and allow them to create a 3v2 for the team in possession. 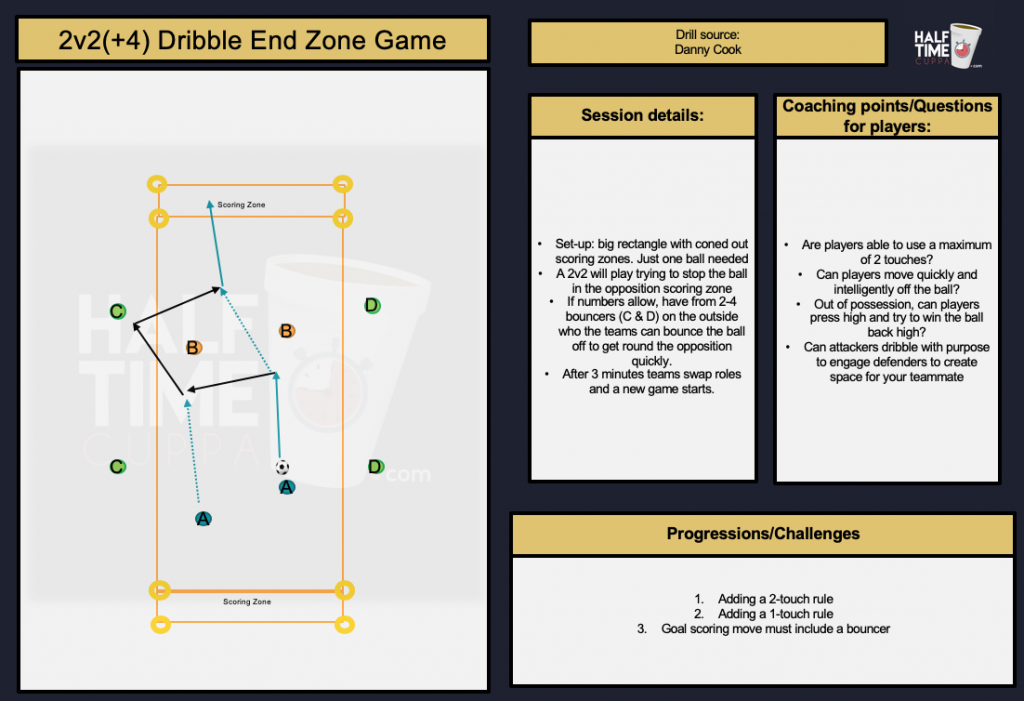 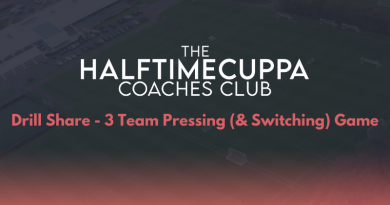 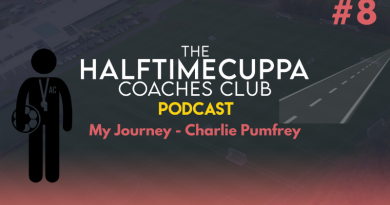 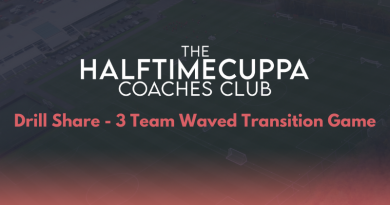