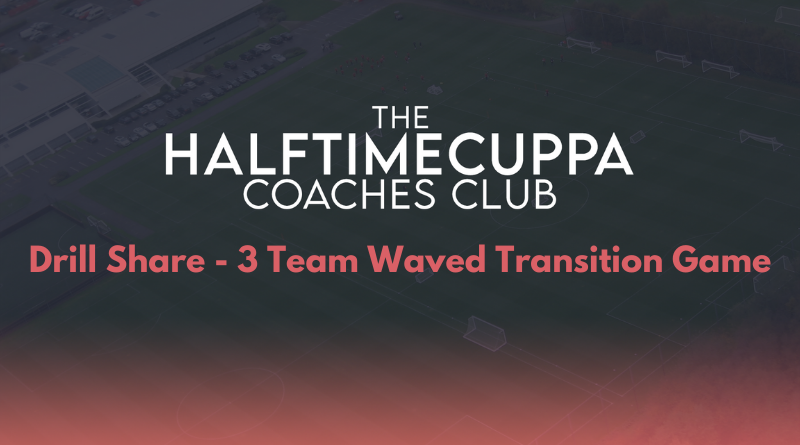 Today’s drill share is a real favourite of mine. It works on a sometimes neglected part of the game, transition play. Coaches will often focus on attacking and defending but overlook the magic that happens between them. Perfecting transition play, whether that be from attack to defence, or defence to attack can be the difference between conceding and scoring.

As usual in these posts, I like to include a video that can be used to support the topic or the exercise. This post is no exception. Below you will find a video by Reuben Burk that highlights some great transition play by Real Madrid and some sides from the Bundesliga. When showing this video, I’d be sure to ask your players (1) What made the transitions successful? (2) What did the player’s (who is in possession) teammates do? (3) How can your team do that on a match day?

As mentioned today’s activity is a real favourite of mine. Again another great drill that I was exposed to as a player first before introducing it into my coaching library. I’ve attributed this to one of the best coaches I had, Coach Yul. Those who were just as fortunate enough to play for that great Kinja side will know just how fantastic he was as a coach and how engaging all of his sessions were.

From memory, I believe he introduced this activity to us, it was chaotic but a lot of fun. I strongly recommend that you run through a smaller version of this first using hands for a demo so that players understand the pattern. Following the initial demo, I’d recommend taking a minute or two just to walk through the pattern.

Another thing to note that isn’t included in the graphic is the need to start the activity with the side that has 2 teams, otherwise what you’ll find is a team attack no one and 3 teams down the same end of the pitch. Don’t worry having done this session with pretty much all of the teams I have had the pleasure to work with, this has happened once or twice.

Expect confusion and chaos, I’d guide players for those first few minutes. Stopping and resetting if need be (expect that to happen). Then give the players some space to try and figure it out themselves. Those that know my coaching style, I like to empower the players and the leaders within the group to take the responsibility to problem solve. Sometimes Choas is not a bad thing and will get them prepared should things turn south in a game.

Nevertheless, this if managed well, is one of the best and most enjoyable transition activities you’ll use.

No goalkeeper? No problem. Simply skip straight to progression 1 and introduce a condition of scoring inside the box. Numbers are not a major issue with this drill. I think the lowest number I’ve used for this session is 12 (3 teams of 4). An additional idea for when team numbers aren’t quite even or you have a central or attacking midfielder you really want to link up play would be to introduce a magic player that plays for the team attacking (progression 2). 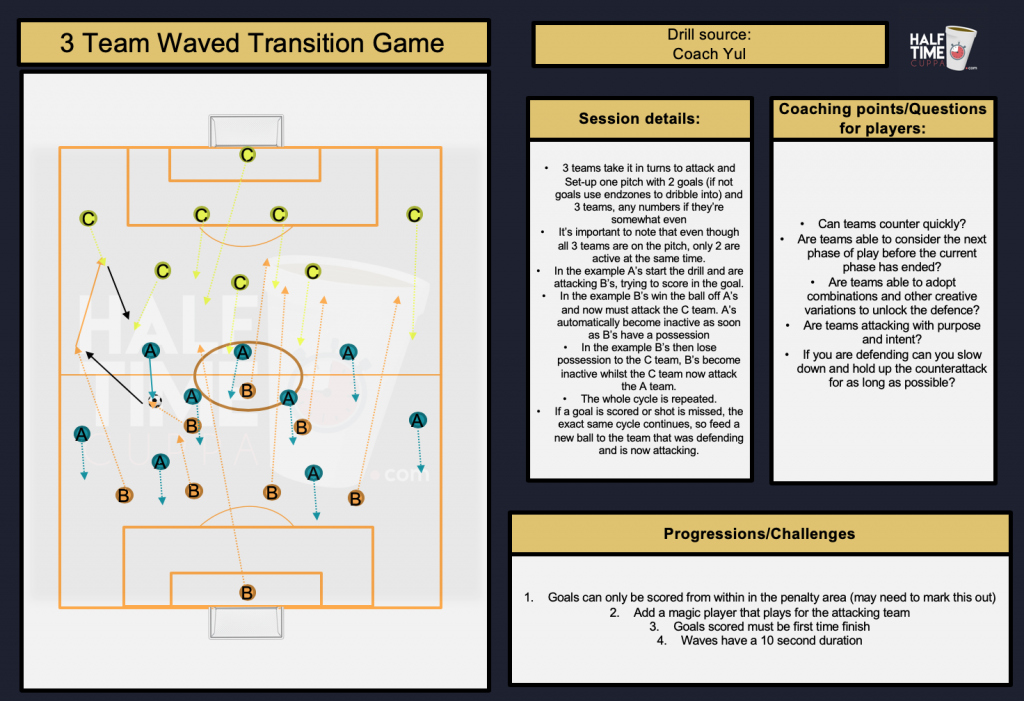 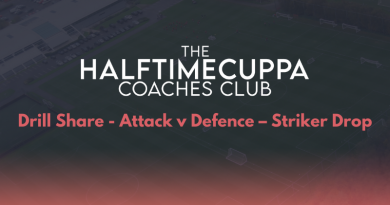 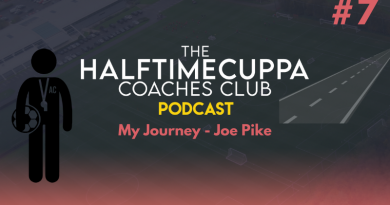 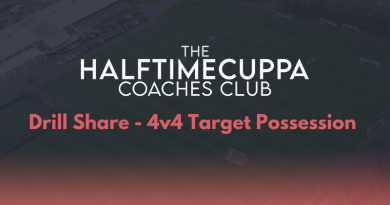