Back in the mid-2000’s, Bolton Wanderers were a name synonymous with the Premier League, with a European foray under the guidance of Sam Allardyce. The more recent fortunes for the team have been much the opposite, with the club having been relegated to League 1 and falling on hard financial times. So what has happened and where do they go next?

In 2015, Bolton Wanderers found themselves in a familiar position to where they are now, with a winding-up order being issued by HMRC over an unpaid £2.2 million unpaid tax bill. The club was also in £172.9 million worth of debt, an excruciating number for any club, even some of the elite clubs, and it came as a result of years of overspending.

Dean Holdsworth, a former player, took control of the club in March of 2016, after the club managed to avoid being wound-up. This was seen as a fresh start for a team that been through a rough time, however, Holdsworth would sell his shares to Ken Anderson as he failed to repay a £5 million loan taken out to buy the club. Anderson is now in control of the club, so what has he done?

Where is the club now?

The 2018/19 season brought Bolton into their second season in the Championship after getting out of League 1. The club bought and sold players as usual in the summer, including a deal to bring Christian Doidge on loan from Forest Green with an obligation to buy the striker.

In the last few months, the club has struggled significantly both on and off the pitch. Under Phil Parkinson, they are 23rd in the Championship, 8 points from safety, with not a large portion of the season left to play. As of the time of writing the club have been served with a winding-up order by HMRC, again.

This winding-up order could spell the end for the club, with administration and liquidation a very real threat. Should administration become a reality, the Football League will likely deduct 12 points and place the club under a transfer embargo, likely dooming the Wanderers to League 1 once again.

Ultimately, should the club face liquidation, then Bolton Wanderers will no longer exist, a terrible fate that hasn’t befallen a team in the recent past. The fans would be sure to come together to ressurect the club, in the ilk of Rangers, Wimbledon and Parma, and bring it back to the days of Sam Allardyce, Jay-Jay Okocha and Kevin Nolan.

Can Bolton survive? Let me know in the comments and over on Twitter (@HalfTime_Cuppa)! 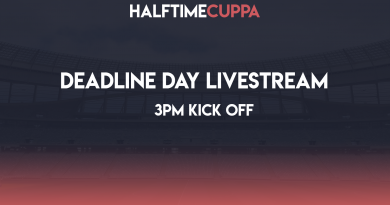