The longest serving manager in the English football pyramid stepped aside on Monday. Gordon Bartlett had been in charge of Wealdstone since 1995.

Bartlett has guided Wealdstone through many highs and lows during his time at the club. He and the stones were denied a third successive promotion to the Isthmian premier division due to ground improvements to the White Lion Ground being completed six days after the deadline.

Bartlett also suffered heartbreak when Wealdstone’s investment partners on the Prince Edward Playing Fields project went into liquidation which stopped construction on the stadium. The stadium was finally completed and is now known as the Hive, and is serving as home to Barnet.

Wealdstone hadn’t had a place they could call their own since they left Lower Mead and, when I interviewed Bartlett last year he said that the Prince Edward Playing Fields project falling through was one of the biggest lows during his time at Wealdstone.

Wealdstone enjoyed reasonable success under Bartlett in other cup competitions. They lost to Newport County in the FA Trophy semi-final 3-1 on aggregate in 2012.

Wealdstone made two appearances in the First Round Proper of the FA Cup under Bartlett. In the 2008/2009 season, they narrowly lost to Rotherham United 3-2 at Grovesnor Vale.

Grovesnor Vale was visited again by a football league side in the 2015/2016 season. Wealdstone came from behind to go 2-1 up before losing 6-2 to Colchester United.

Undoubtedly Bartletts finest achievement was getting Wealdstone promoted to the Conference South (now the National League South) from the Isthmian Premier in the 2013/2014 season. That season Bartlett won the Isthmian League manager of the year.

Wealdstone have only picked up four points from their first 5 games this season and Bartlett believes the time is right for him to take a step back from management and has taken on a new role at Wealdstone which will see him focus on youth development in which he has a talent in. After discovering Bury Striker Jermaine Beckford’s potential at Wealdstone. Bartlett’s role will also focus on football in the community among other areas.

Gordon steps away from his managerial role at Wealdstone with the club more financially secure than ever, a ground where they can truly call home and the club has the momentum now to push on from last season under new manager Bobby Wilkinson.

Real sad news longest serving manager in football steps down after 22yrs thank you so much Gordon Bartlett who reinvented the word Loyalty pic.twitter.com/ubI61i40O3

What can I say,
Total respect for #GordonBartlett He is a gentleman & my hero.
There is a emptiness in my heart.

What is your favourite memory of Gordon Bartlett as Wealdstone’s boss?

Leave your thoughts in the comments section below.

Image found via WikimediaCommons and may be removed upon request

Grant Smith: “We can have a strong push for play-offs this season” 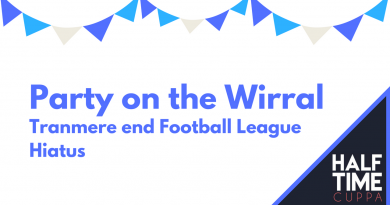 Party On The Wirall As Tranmere End Football League Hiatus 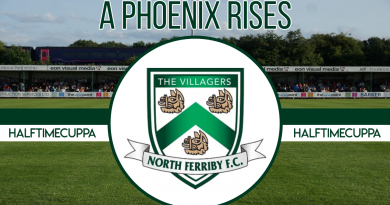