Those who have followed our Twitter account will know that we have a football predictor game on the site. It’s FREE to play and should be a lot of fun, but beware you don’t have long to sign up. Signing up late could result in you missing on points.

The first game was Sunderland vs Derby, which took place on Friday the 4th August. All deadlines for games throughout the weekend are one hour before kick-off. I’ve compiled a list of just a few key games that you should keep your eyes on. 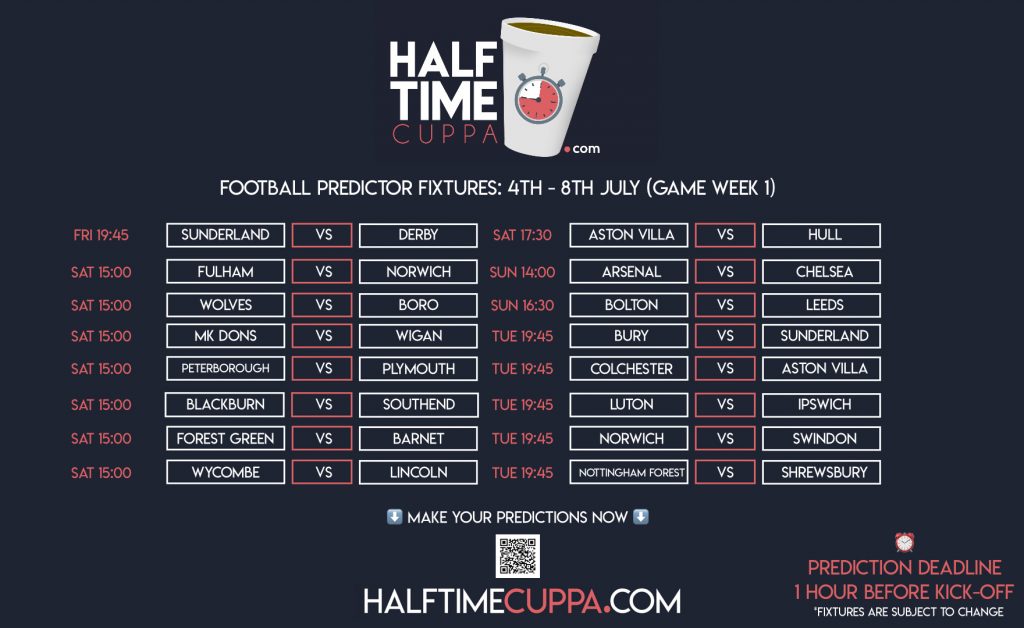 As mentioned at the top of the piece, the opening fixture of our Predictor, as well as one of the opening games of the EFL Championship is Sunderland vs Derby. Relegated Sunderland will certainly be in for a battle against Gary Rowett’s Derby side who will have their targets firmly on achieving promotion whether that’s via an automatic place or the play-offs.

There’s a real mixture of predictions on this one at the time of publishing but I have a feeling it will probably be a low score draw as both sides will be anxious not to get off to a poor start.

In amongst the start of the Football League is the Community Shield which will see a rematch of last season’s FA Cup Final clash between Arsenal and Chelsea. Although it is often conceded as not a major domestic trophy, there will be no doubt that both Antonio Conte and Arsene Wenger will want their sides to get off to the best possible starts for the season ahead.

This might be a key game to keep an eye on too in terms of the Predictor, with most opting for a close low scoring game at the time of this being published.

Mick McCarthy will be hoping that his Ipswich side can make it through the first round of the EFL Cup without a dent. However, Town have a poor recent record in this competition, only making it past the first round once in the last four years. Last year they were stung 1-0 at home to Stevenage. This will give the Hatters a lot of faith especially when considering the game is to be played at Kenilworth Road.

This game certainly has the makes for a potential upset and for that reason could be a determining game in this week’s Predictor game week.

We hope you enjoy our Predictor and if you have any further questions or problems, please don’t hesitate to send either me (@dtcook16) or @moskie01 a message via the forums.

Image found via WikimediaCommons and may be removed upon request 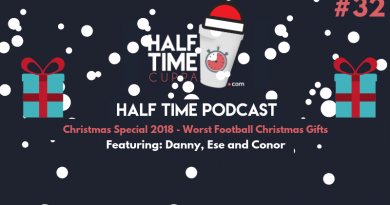 Do half-and-half scarves have a purpose? 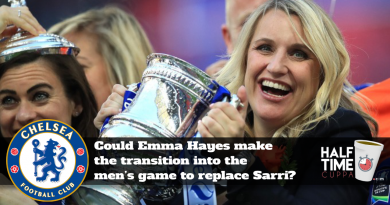 Could Emma Hayes make the transition into the men’s game to replace Sarri?